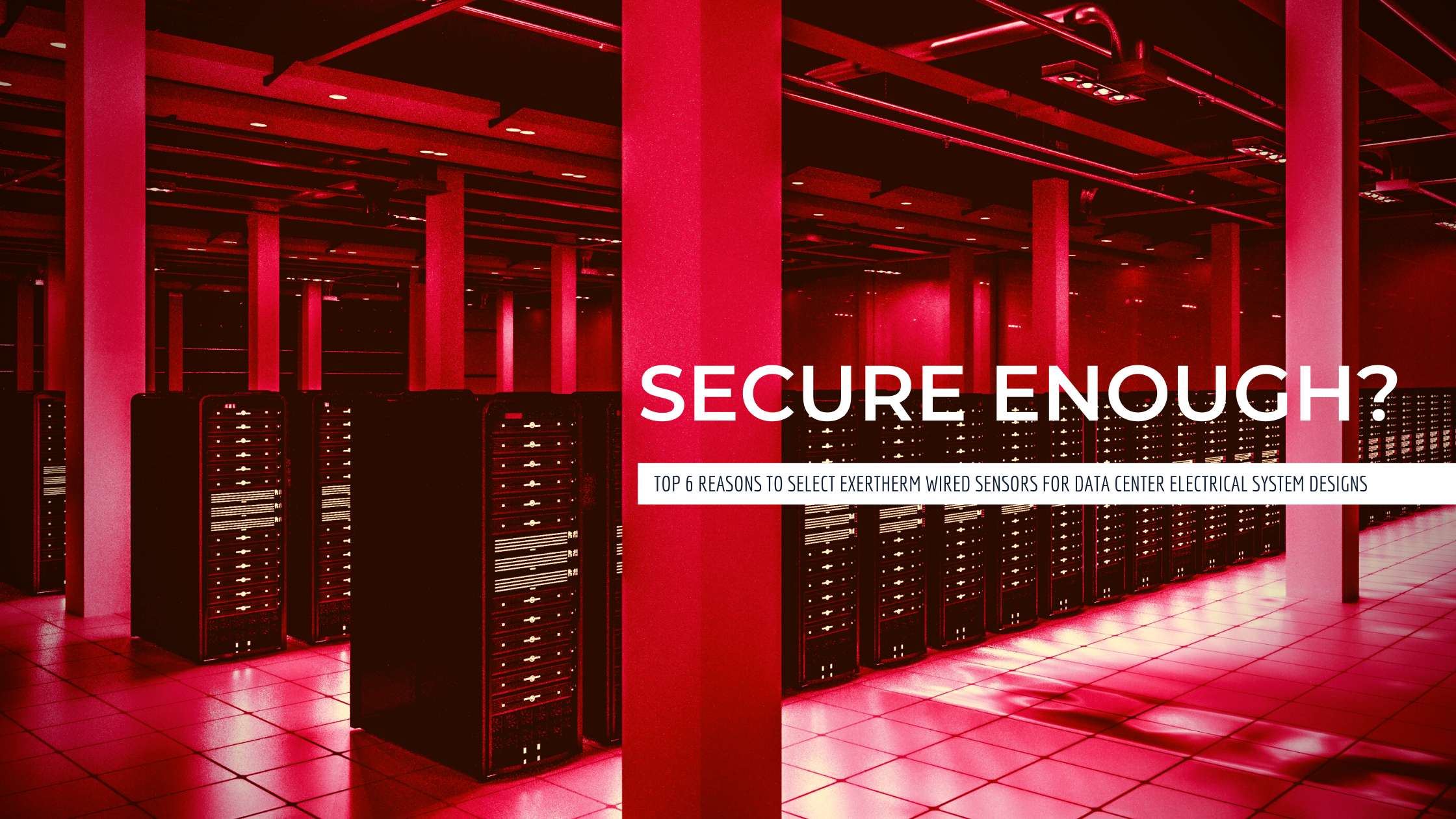 The adoption of digital processes is becoming the norm for all data center infrastructure buildouts. There is an ever-growing requirement for a centralized, real-time view of system health and nothing is more critical than the electrical assets that power your Data Center

Security is of paramount concern for Data Centers. Exertherm understands this, which is why our sensors are hard-wired directly from the sensor to Datacard then onwards to any front-end software system. From this point onwards data transfer can be via wired or wireless LAN networks, but these connections are entirely within your internal network, behind firewalls and switches. Communication is only available where you want it, allowing IT or facility managers full control over who has access to the monitoring system and its data.

Hard wired means no broadcast data from sensors can be intercepted or hacked resulting in false-positive alarm conditions.